I did not think I would ever write about Arnab Goswami and his comedy circus, The Newshour. But, here I am.
Honestly, I was ‘encouraged’ by Barkha Dutt and Rajdeep Sardesai. No, I have not watched the show, or shows, these two are writing about (I have kept a promise to myself I wouldn’t) but can see where they are coming from.
The court jester that this guy has become in the name of journalism needs some serious bashing up by any self-respecting member of the fourth estate. Surrounded by ‘experts’ of all hues and ‘spokespersons’ of political parties (who get their publicity anyway), he holds court and mouths out so-called ‘nationalistic sentiment’ to a like-minded audience of shallow and near-sighted people.
He belittles, blasts and berates senior jurists, thinkers, authors, the common people as well as politicians, who have been around since he was in nappies. You only have to disagree with him to be shouted at on national television so that his followers on Times Now can laugh, slap each others backs and give him a sense of how very great he is and what a hero he is to try and save this country.

Barkha, and Rajdeep, you’ve taken the lead but I hope everyone else does, too. This guy should be humiliated in a way that he is humiliating others. As they say, within the walls of one’s own house, everyone’s a ‘sher’! Ditto for Arnab.
Has anyone ever seen him step out of the studio (except, perhaps, to conduct that sham ‘interview’ with the Prime Minister and, earlier, with Rahul Gandhi) and go to Kashmir, Assam, Arunachal, and the streets of Mumbai, or any other place?
It’s so easy to shout down everyone from the confines of your safe house and feel an imaginary sense of pride, surrounded by ‘defence experts’ and retired generals, not to mention the “guests from across the border” who, I am sure, must be fighting among themselves to be on the show and get abused, shouted at and humiliated (after all, even for that, there’s a cheque in the bank, isn’t it?).
If you have the guts, Mr. Goswami, come out and REPORT the news. Look around you. See what’s happening from the spot and not from your plush armchair. You will see there’s a different world out there. Maybe, just maybe, that’ll turn your circus into a news show – what it were meant to be anyway!

The reaction of a section of the Indian media and the politicians is obnoxious. This is the case of the proverbial ostrich that buries its head in the sand hoping no one would see it and thus it would escape a so-called predator. Wake up, India, because the predators are within, waiting to pounce on the very psyche of this country!

Can it be happening?

India is outraged by a documentary showing a tragedy calledwomen of India.

Don’t understand howexposing gender inequality in India will harm my country! And dear women, what are you protesting against, your self interest?

And all this before the film is even out.

Their argument: Showing interview of the rapists and men blaming women for getting raped will make those men heroes!Heroes? In the eyes of whom? Potential rapists, who were waitng for inspiration in the form os a documentary ? Haven’t heard a more absurd thought.

Things have reached such a flashpoint that the director Leslee Udwin has now appealed to the Indian Prime Minister, Narendra Modi, to intervene and help lift aban imposed in India. Politicians and protesters had ganged up against the screening of the filmmade around the brutal rape in December 2012 of 23-year-old physiotherapy student Jyoti…

This clip was shared on Facebook a few days ago. And it certainly is food for thought.

The ongoing Indian elections (thankfully, it will be all over in a few days) have taken a toll on life, and politics, in our great nation.

The sad part is that we, from the world’s greatest democracy, have forgotten to be Indians, we no longer know what being human is all about and we have so immersed ourselves with petty politics and communalism it’s shameful, scary and in very bad taste.

Any Indian’s (and others), reading this anywhere in the world, please share. It’s in Hindi (apologies to the non-Hindi speakers) but the gist of it is the distrust between Hindus and Muslims and how the polarisation has resulted in friends turning into enemies. It goes on to say how we should get the hatred out of our lives and learn to live in harmony and peace, politics notwithstanding!

I wish we are humans again. I wish we don’t squabble over such issues.

Politicians will take people for a ride and go home. We will continue to squabble and fight and make faces at one another.

It will not do us any good.

This is a very familiar sight in the old parts of Bahrain, particularly in Muharraq. Scores of men gather in small groups to discuss the weather, politics, sports and almost anything under the sun as they sit over endless cups of tea and Arabic coffee.
The icing on the cake , however, is their extremely friendly nature. It is not uncommon for them to invite any passerby over to join them in their discussions as it happened with me the moment I took this picture.
This to Bahrain.

My non-Indian followers please excuse. And those who are not familiar with Indian politics also excuse.

But I have to write this because I am so disgusted with the turn politics threatens to take in India and I promise this is one-off. 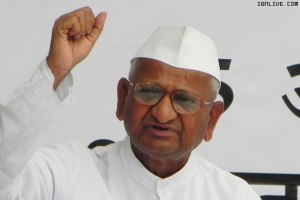 What the hell is this guy Anna Hazare up to? What’s his problem, anyway?

Why is he on a so-called ‘fast unto death’ now, in the wake of the Aaam Aadmi Party success at the Delhi elections?

Why is he suddenly all for the toothless “lokpal’ bill that has been tabled in India’s Parliament?

I had always maintained this old man is a joke. Yes, that’s true. A joke. He can only be credited with one ‘achievement’ – he was the reason why we have seen someone called Arvind Kejriwal now, who has changed, and threatens to change even more – the way politics is played in India.

But why is he now so hell-bent on trying to ‘steal the thunder’ from Kejriwal, who has been as humble as ever? 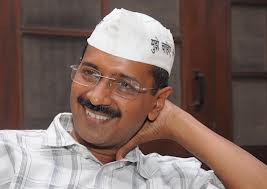 Who is acting on behest of? Who is his benefactor? Is it the Congress? The BJP? Sharad Pawar? And why is he fasting now, when the nation is so excited about a new force emerging? Is he insecure? Is he missing the action? Does he not realise no one, not even Indian television channels, are interested in him any more?

Anna, you and your band of no-gooders should see some sense. Come out and see reality. Support the change, don’t try to be the change yourself because for that it’s too late.

And, you, Kiran Bedi, what are you trying to prove? But, no, I will not talk about that now. As I promised, Indian politics will be one-off on this blog. I will wait for you to make more of a fool of yourself first then write. In the meantime, some more water would have flowed down the Ganges.

Take heart. See sense. Behave. Because now is the time.