A question I had asked several months ago has finally been answered.
Why is a small island in Bahrain off the coast of Sitra and a popular tourist attraction, called Falklands?

The yacht captain then had failed to explain, only saying, in broken English, “I no know.”
But now a Bahrain Coast Guard officer lifted the lid off the mystery, explaining the Al Dar Island, now a luxury mini resort frequented by residents and tourists alike, was named after the Falklands war between Britain and Argentina in 1982.

“It was then not well-known as it is now,” he told me. “The place was only developing and when people went there, some enterprising boatmen said they are going to Falklands.
“The name stuck.” 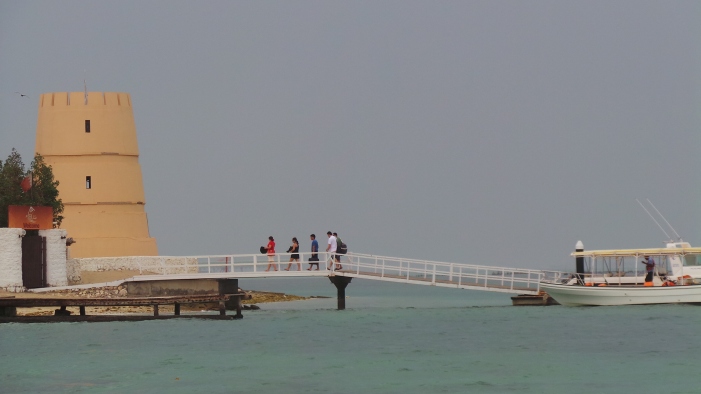 Strangely, the place is known as Falklands only by the local fisher folk and the Coast Guard. Everyone else calls it Al Dar.
What was mystifying was what relation something hundreds of thousands of miles away have any connection with Bahrain.

I first came across the name when we were on a yacht going towards Hawar Islands. Since the sea was rough, we were stopped by the Coast Guard which allowed the vessel to go “only up to Falkland.” 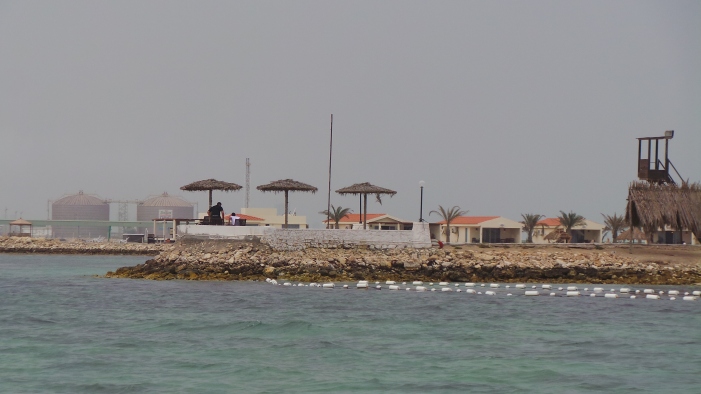 “It’s not safe,” one officer then said. The sea is not good today.”
We then ended up anchored off the “Falklands” coast and watched scores of people arrive to spend their weekend there.
As I have said earlier (https://singhcircle.com/2013/07/25/get-away/), Al Dar Island is one of the best places to spend a quiet and luxurious weekend, with facilities now existing for visitors to spend a couple of nights in the well-appointed chalets.

More than just being there and looking at the setting sun and the pre-dawn skies, the island is also a photographer’s delight with plenty to look forward to. And if one is lucky, sometimes “residents: can even sight dolphins!