These are the last pictures of this year’s Bahrain summer, which is officially over just as I post this – 16 minutes before midnight on Sunday, September 22.

The beautiful panorama shot of the Manama coastline (top), with the setting sun in the background, taken from across the sea in Muharraq; the new fishing traps all set to be taken out in the next few days and the fishing boats loitering around in the high tide as if waiting for the green signal to move (bottom), are all indications the worst is over and that the weather will soon begin to cool. 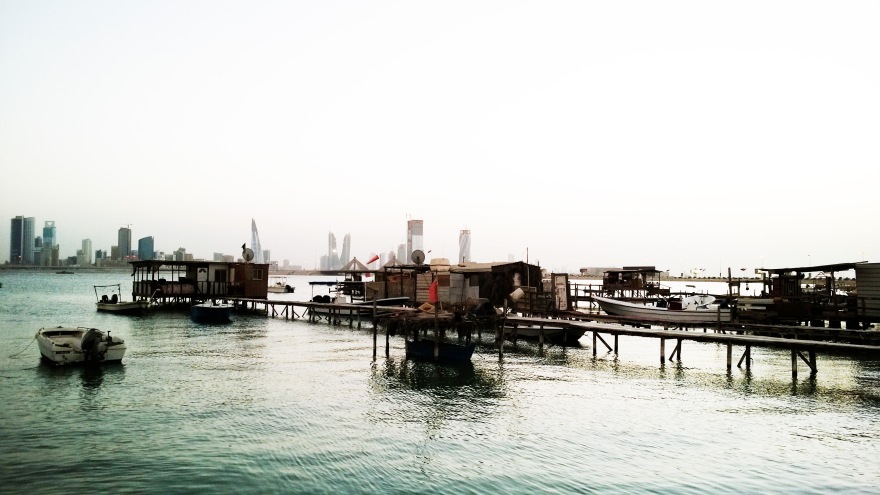 Though I did feel a certain ‘nip’ in the air while outside in the shade this morning, little did I realize the Saudi Astronomy Association had actually declared summer would officially come to an end on Sunday. It said in a statement people in the Gulf region will bid farewell to long and scorching days on as they will begin to bask in the mild autumn season that would begin exactly at 11:44 pm, marking a departure from ‘sizzling heat’ and a return to mild temperatures. It also said the day will be shorter.

What this means is also a return to more outdoor activity in the day, comparatively lesser people in malls and pleasant evenings.

Though summer this year started relatively quietly, it soon gathered ‘momentum’ but it never really got very uncomfortable until the end of last month. The weather came down with a vengeance in the last few weeks and this happened at a time when it generally starts to get cooler. But all indications now are that the worst is over. Personally, i’m excited because the change will make motorcycle rides more exciting and less stressful and, more than anything else, it is that time of the year when some great photographs will be ‘made’. Not having had a real opportunity to shutter for almost three months, I am looking forward to roaming the ‘countryside’ again.

Here’s hoping it’s a great season ahead and brings with it what Bahrain has been best known for – joy and happiness!